To use the LoRa Cloud™ Device Join service, a LoRa Edge™ device (any device with an LR111x chip) must be claimed via the LoRa Cloud web portal or API. This claiming process validates the claim via a PIN (an owner verification code) that proves ownership of the device. Once claimed, the device can join a LoRaWAN network via a join request.

In contrast to services where the join server is embedded in (or provided by) a LoRaWAN network server, using the LoRa Cloud Device Join service never exposes the AppKey of the device. Rather, the keys are embedded in a Hardware Secure Module (HSM). Even the Join Server does not see them. While device keys must also be provided to embedded join servers in order to authenticate a device, in the case of the LoRa Cloud Device Join service, as mentioned above, a PIN is provided as the authorization required to claim a device. That device is then associated with the owner’s account.

Before a successful claim can be made, the PIN must be extracted from the LoRa Edge/LR111x chip.

To extract personalized data from the LR111x chip:

The device application may be running on an end device. Alternatively, the application could be part of a test fixture setup for provisioning chips.

To extract personalized data from a QR Code:

Each LR111x chip has a corresponding QR Code printed on the end device that contains the DevEUI/ChipEUI and PIN. Each QR code contains data similar to the following: 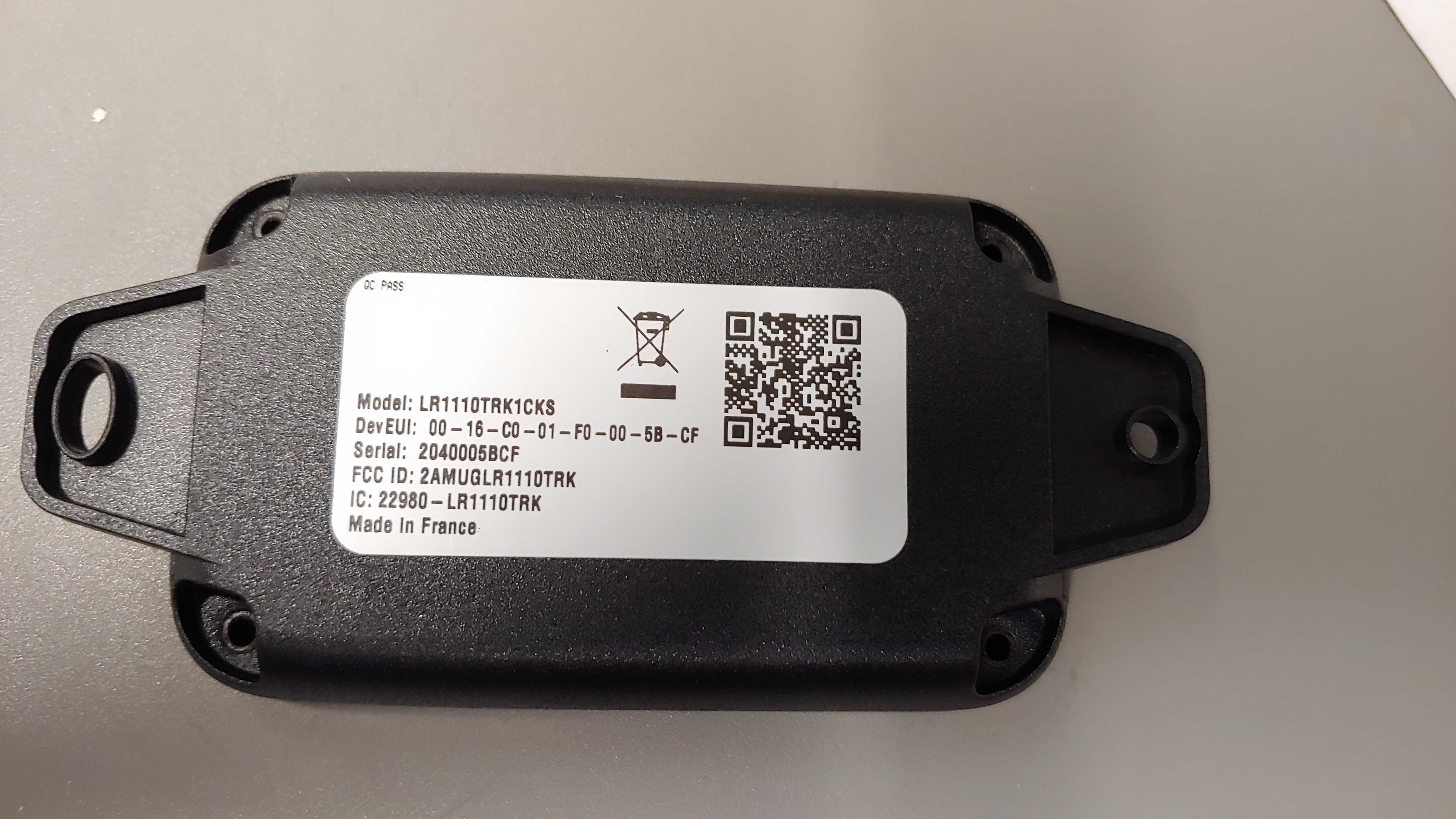 To claim a device, the device owner sends DevEUI/ChipEUI information and PIN to the LoRa Cloud Device Join service via the API or the LoRa Cloud web portal. 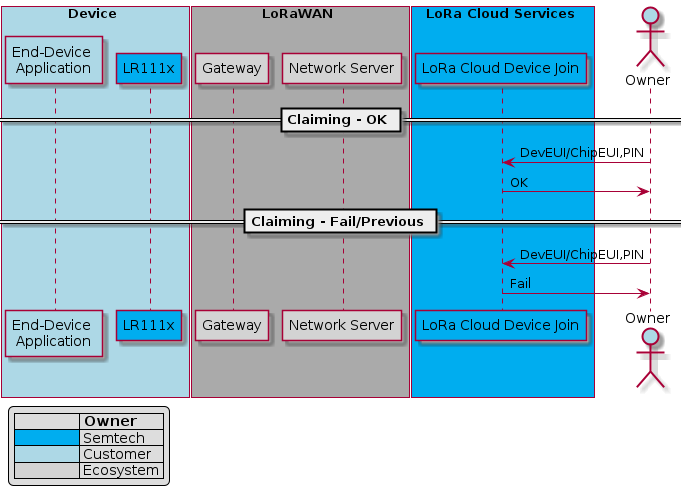 Device owner, embedded application on an embedded MCU or test fixture to extract DevEUI/ChipEUI and PIN.

If a DevEUI/ChipEUI receives and error message when making a claim request: